In an earlier post, I talked about how in Excellent Sheep, the Miseducation of the American Elite & The Way to a Meaningful Life, William Deresiewicz says “The purpose of life [has become] the accumulation of gold stars.” (Excellent Sheep, page 16) How does he relate that to education? How does it relate to high school? Can AP failure teach kids how to fail?…

END_OF_DOCUMENT_TOKEN_TO_BE_REPLACED

Finland’s education system ranks at the top of the world by almost every measure, in all sorts of rankings. How do they do it? How is the US education system compared to Finland? To get more information, I watched The Finland Phenomenon:Inside the World’s Most Surprising School System, from the Robert Compton Documentary series on Global Education, directed by Sean T. Faust. In my first post, I looked at the differences between Finland’s school system and our school system and then at how the Finnish educational system structured.

How else do Finnish schools differ?

US education system compared to Finland

In Finland, they actively try not to punish students for mistakes and there’s very little testing….

END_OF_DOCUMENT_TOKEN_TO_BE_REPLACED

Finland is the highest ranked country in education by many measures. To further understand and compare U.S. education vs. Finland, I watched The Finland Phenomenon:Inside the World’s Most Surprising School System, from the Robert Compton Documentary series on Global Education, directed by Sean T. Faust. At first, I was thinking that I wasn’t really learning anything new or surprising. I’m not sure where I’d already heard most of the information. It may have been The Smartest Kids in the World or World Class Learners.

In any case, if you don’t have time to read two complete books, the documentary is a quick way to get a good overview of the Finland school system if you can get your hands on a copy. It isn’t readily available.

So why is the Finland school system so important? Several quick facts at the start of the film summarize it well….

END_OF_DOCUMENT_TOKEN_TO_BE_REPLACED

Like I said at the beginning of this post series, Most Likely to Succeed points out many concerns with the current educational system that I agree with, and proposes some of the best solutions I’ve seen to correct these problems.

Children hate school and doing well in school doesn’t necessarily lead to success; school doesn’t have to be this way and is not teaching our children skills for the jobs that will be available to them, ones that can’t be replaced by machines. Our current educational system was designed over a hundred years ago for a vastly different world and is going to have to change to keep up with the world….

END_OF_DOCUMENT_TOKEN_TO_BE_REPLACED

The other thing that is going to have to be changed with project based learning – or more student exploration type learning – is the size of school curriculum.

It’s going to have to be cut.

I am constantly told by administrators and teachers that the current curriculum is too broad and too specific to adequately teach in a school year….

END_OF_DOCUMENT_TOKEN_TO_BE_REPLACED

In my last post I mentioned that ranking our kids against each other isn’t useful because companies don’t need the best engineer, they need ten “of the best” engineers who can work together. They need kids who can work in groups. That’s the whole reason given for all the group projects my kids have been assigned at school. But in the past, school group projects have had all sorts of problems, especially for top achieving kids.

To look at this, I’ll again refer back to the documentary Most Likely to Succeed and how they do group projects at High Tech High. And for this method of learning to work another thing (besides how we think about grades) that would have to change at our school is how we do group projects….

END_OF_DOCUMENT_TOKEN_TO_BE_REPLACED

In my last post, I mentioned that changing how learning happens in school is going to mean changing how we see grades. Let me explain what I mean. What are grades for? Just exactly why are grades important in school?

I am going to guess that initially, as class sizes got larger and standardization was occurring,  grades were meant to be a measure for both students and teachers. Some way was needed to assess whether or not the material had been learned.

In this system, a “high” grade would indicate that enough of the information has been understood to move on to a different or more complex topic. (Remember when a 70 was considered “passing” and an indication that you could move on?)…

END_OF_DOCUMENT_TOKEN_TO_BE_REPLACED

The response at our school district’s showing of Most Likely to Succeed was overwhelmingly positive. The film did a good job of pointing out all the weaknesses of our current system, but left you with an uplifting feeling. This was a welcome change from all of the other research I’ve done that has confirmed my fears that something is drastically wrong with our current educational system, but with little to offer in the way of change other than patching over some real problems.

I think the positive response was also in part to a growing concern I have seen in our district about the amount of homework and anxiety in our kids. Parents did bring up some valid concerns, some of which were answered by other parents present who work for testing agencies, state education agencies, and universities. The concerns were mainly centered on project based learning.

END_OF_DOCUMENT_TOKEN_TO_BE_REPLACED

After pointing out the many flaws of our current educational system, the makers of Most Likely to Succeed go in search of a new model for teaching, an alternative to memorizing facts and to regurgitate them on tests. To go even further, a school alternative that more closely matches up to tasks that students will have to be able to complete in their future jobs.

A large portion of the film is then spent profiling a select group of students at a High Tech High, which teaches primarily by having the students do independent projects in groups, or project based learning….

END_OF_DOCUMENT_TOKEN_TO_BE_REPLACED

Most Likely to Succeed – Fear of failure – Schools are as much afraid of failing the test as students are, in spite of it not being a guarantee of success.

In my last post, I talked about how the documentary Most Likely to Succeed showed that the history of education led us to the practice of students memorizing enormous amounts of material.

Most Likely to Succeed uses AP history as an example of a course that requires memorizing an overwhelming number of facts. The way they described it matches up exactly with what my kids have experienced first hand. They are learning loads of facts, and they aren’t retaining it. I think both the book and the documentary cite an example of a school who gave a repeat AP history test to their students a few months after they finished the course. …

END_OF_DOCUMENT_TOKEN_TO_BE_REPLACED

Welcome! Ever wonder how another mom "makes the magic happen?" Look around and I'll give you a peek behind the scenes, to show you how to make family events magical - and even get your kids to read! Read More…

Find E.S. Ivy Around the Web 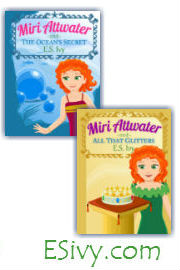 Please note that some of the links on this site are referral links, to places like Amazon and Target, which means I may get a small commission if you make a purchase after clicking on them. You pay exactly the same price as you would if you made the purchase directly. I only link to products and services I personally recommend and also it allows me to show you images relevant to posts. mombehindthecurtain.com is a participant in the Amazon Services LLC Associates Program, an affiliate advertising program designed to provide a means for sites to earn advertising fees by advertising and linking to amazon.com.